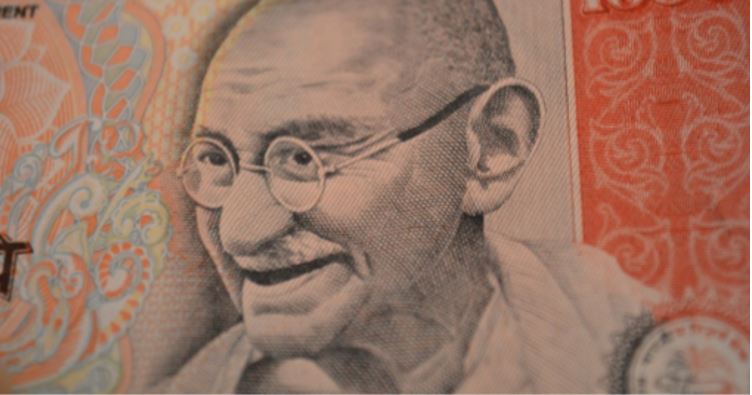 Our relationship with money often hinders our relationship with people by driving a wedge between the haves and have nots. Relationships between friends, family, community and colleagues become strained when people are unable to share common interests, divided by unequal means and diverging tastes.

Money is typically given as acknowledgement for delivered value, analogous to a transferable certificate of completion. It, inherently, terminates interdependence between the parties engaged in the value exchange, since receipt of payment marks the end of a transaction and absolves parties of future obligations, possibly even any expectation of relationship continuance; the work is completed and the bill is paid. For example, you go to your local variety store to get a chocolate bar, choose one, pay for it, and leave; end of transaction, and end of obligations between you and the store. In other words, acknowledgement money (the money we use every day, such as Dollars) is transactional.

Consider an alternative kind of payment, using credit money (or a promise for future value) instead, to signal a mutual interest in continuing the relationship beyond the transaction. A non-binding promise to reciprocate in the future would, by contrast, inherently tie the parties to a future outcome, with all parties remaining vested in realizing the promised value. So, credit money is inherently relational (or social). For example, you go to your regular local pub for a beer, and ask the bartender to put it on your tab, which implies you will be back again for more beers and will therefore be motivated to keep paying off your tab; hence an ongoing, trusted relationship. A promise-based currency derives its value from the trustworthiness of the money issuer, namely the party making the promise.

With government issued, fiat currency, we trust the issuing government’s promise that they will accept tax payments using their currency. Therefore, every taxpayer needs to have sufficient funds in the official government currency to pay their taxes, which creates a de facto standard for that currency. Typically, central banks issue government backed money by, in effect, converting the government’s credit money (promise or guarantee) into acknowledgement money (the country’s official, fiat currency). Citizens deposit the money into their bank accounts, which banks use to give out loans (issue credit money); the most common type of money circulating in the economy. So, central banks use a relationship-conducive currency with their governments and the chartered banks that borrow from them to secure their long term relationships, while banks, in turn, issue credit money with citizens (their customers) to build longer term interdependence. Citizens, use the resulting acknowledgement money to transact with each other for transactions that are not conducive to interdependence and relationship-build, ironically – and shockingly – suggesting that relationships are inherently being built around institutions, rather than between people.

What would it take for people to issue their own credit money in order to build stronger relationships with each other? People’s promises would have to be trusted, not only based on their credit (fico) score, but also due to their track record of fulfilling promises. The promises (or credit money type of currency) issued by those who have the highest integrity score would be valued higher by recipients (the market). Hence, accumulating trusted promises would be valuable – much like it is for banks that accumulate loans. However, in this case, value to the issuers of the promises would originate from access to a network of interdependent relationships (interlinked by tradable promises), rather than loan interest charges. In other words, your promises are only accepted within communities where you are also relying on other people’s promises (interdependence), and your value grows with the value of the promises owed to you and the purchasing power of your own promises. Moreover, the value of such currency value would fluctuate based on the issuing person’s integrity (or trustworthiness to fulfill promises), rather than the currency exchange rates that result from government monetary policy or economic performance, thereby putting people in charge of building their wealth instead of relying only on their government to make the official currency more valuable relative to other global currencies. It might be easier to relate by reflecting on an example in your life when someone did you a favour that resulted in you saving time and money, simply because of the value of your relationship, suggesting that your relationship was more valuable than the monetary, market value of the favour. People who accept and hold highly trusted promises and whose promises are also held by others would be wealthier (being more acceptable or liquid, hence meriting greater access or inclusion) than people who have financial relationships with individuals carrying a lower Score.

Until recently, keeping track of people’s integrity scores has been impractical. Credit bureaus calculate people’s fico scores to help lenders manage risks based on an individual’s track record of repaying his or her loans, but exclude people without access to institutional credit (such as from banks). Social media is increasingly being used by emerging FinTech startups to infer creditworthiness based on people’s online relationships and engagement, but social networks capture preferences and relationships – not behaviour. Blockchain technologies can be used to create value networks that register and track transfers of asset ownership, including behaviour relative to intentions (promises) to augment existing indicators of creditworthiness.

Inspired by this possibility, ReliablyME is creating a platform for social action that records promises and tracks their fulfillment in order to calculate an objective Social Credit Score, which can be used by participants to indicate their creditworthiness and employability. It will give the 2 billion people who are currently financially excluded an opportunity to become eligible for credit, while giving all 5 billion working age people the ability to use their Social Credit Score for competitive advantage when seeking employment, credit, housing and insurance, and find relief from burdensome security deposits and expensive policies.

Social actions recorded and tracked on a trusted infrastructure, such as a blockchain, will empower people to objectively demonstrate their worth and gain access to financial and community resources, without depending on institutional approvals. Progressive businesses will, in turn, have an opportunity to reduce their risks of accepting credit money based on the proven character of their customers, thereby freeing them to focus on the meaningful market value of relationships over the relatively immaterial book value of financial profits. (for context, see previous article: Making the Intangible Tangible on a Blockchain).